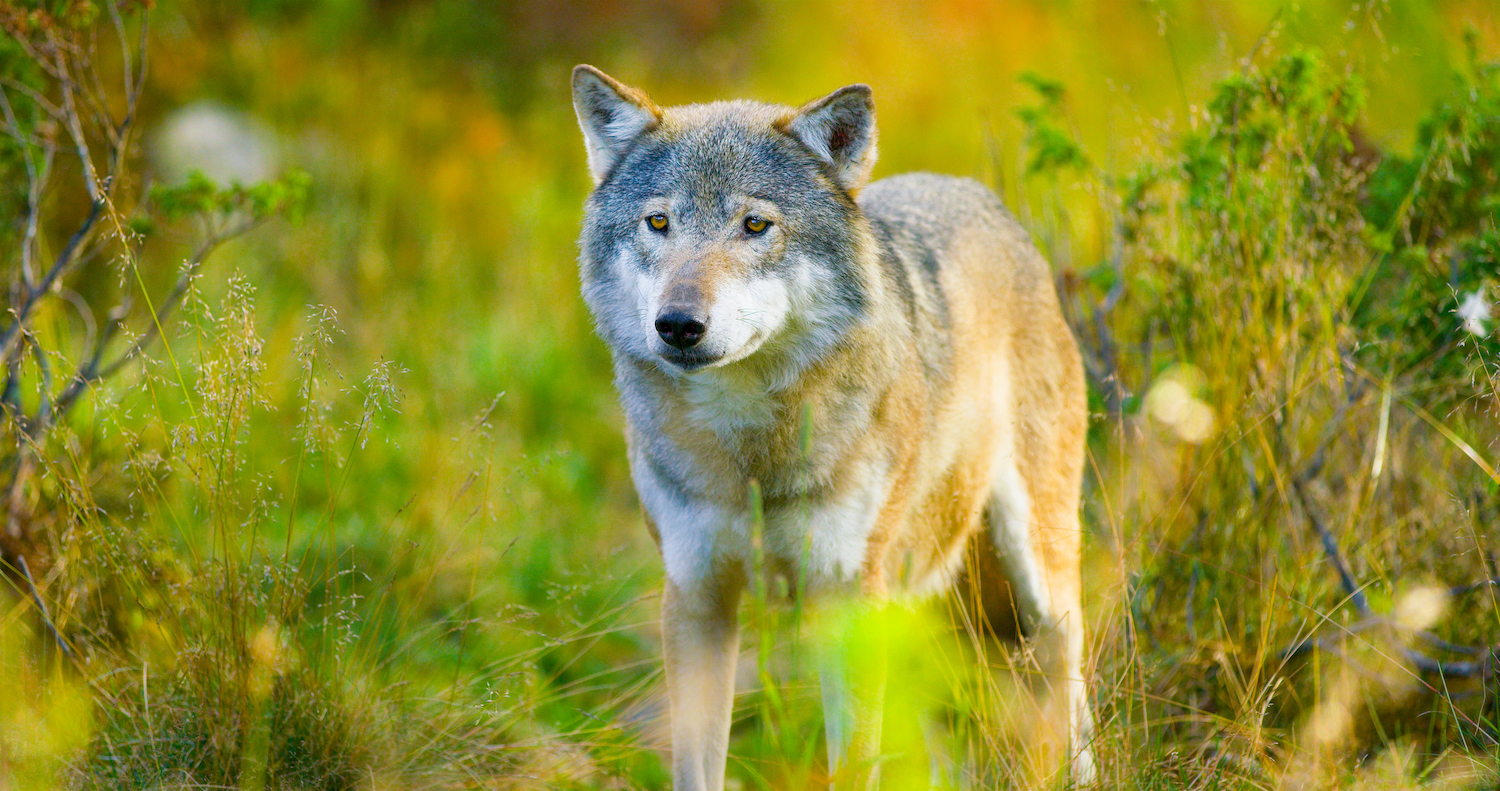 This animal totem has a strong sense of family and tribe as they have the ability to make quick and solid emotional attachments. If this is your spirit animal your soul may still remember what it’s like to be wild and free. Wolves have a high sense of loyalty and strength as well as a healthy sense self confidence. Their mythology is filled with tales of elusive ghostly predators that hunt in vicious packs, however, this power animal goes out of its way to avoid confrontation. This spirit animal is stubborn and a dangerous enemy when standing their ground. The wolf will be heard when they want to be by howling loudly to the heavens calling their pack to their side.

The wolf appearing in a dream tells of a time on the horizon where confidence and composure is essential. You may find yourself yearning for some alone time so that you can return to a difficult situation with greater perspective. Taking that time is the means to your success if you trust your gut. A wolf at the door is often a symbol of hard times ahead. Dreaming of this power animal can be an interpretation of your love of nature and animals. A pack of wolves can be a symbolize a threat or issue weighing down on you.

The wolf images conveyed in wolf folktales vary. In many wolves are depicted as fierce killers. In others they have an image of nobility and loyalty. In Norse Mythology, the wolf Fenrir was a symbol of chaos who swallows Odin whole. Odin also kept two wolves as loyal companions.

There are a number of folktales with the theme of orphaned or feral children being raised by wolves. The Roman story of Romulus and Remus, Mowgli from The Jungle Book, are just a few. Such stories reflect the strong maternal instincts and pack like nature of wolves. In Mongolian Oirat mythology, the hero Jangar is taught to suckled by she-wolves.

In Scottish folklore there are tales of the Wolf and Fox. These tend to convey the Wolf as somewhat more gullible than the cunning Fox. The fox often trick the wolf out of something in the stories. ‘Last wolf’ legends are found in many parts of Scotland as wolves were hunted down to protect livestock.

Werewolf legends are also common in folklore. One example is Wulver on Shetland, he was depicted as a fisherman with a wolf head that left gifts of fish on people’s windowsills.

Please note that all meanings and personal mythologies listed on MyMythos are subjective to every individual.

Do you love lore, mythology, and writing?
Join us in creating the worlds largest encyclopedia of meanings.